Artwork and more during the Pandemic

I had neglected to show the work (except in details)
previously as these artworks were being saved for the New Image Artists
exhibit at the Museum of the Shenandoah Valley. 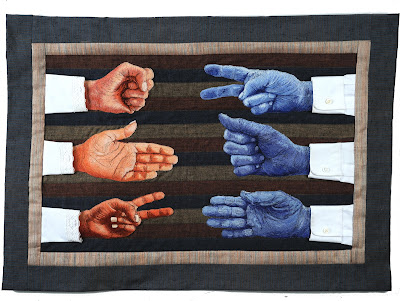 The theme for that show is ROCK, PAPER, SCISSORS
so I included the game. Using Granddaughter Alexandra's
hands, on the left and Clark's hands, on the right, playing the game. 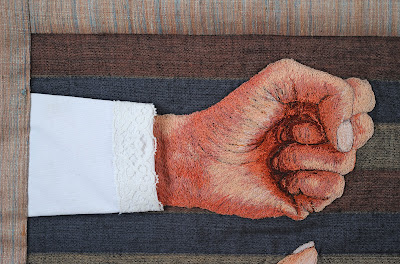 For months past I had developed large papier mache rocks
and other things made with paper.
We are also creating very large scissors to be arranged on a wall. 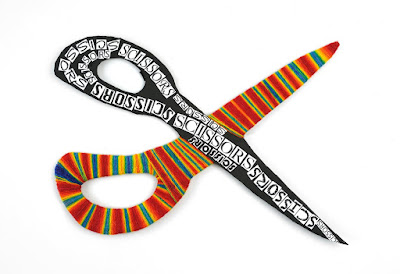 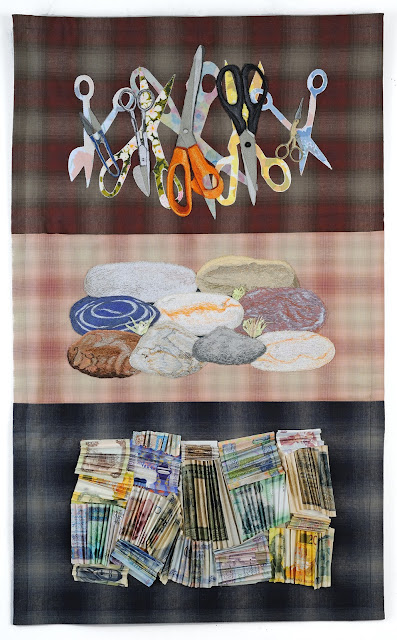 This is IMPERFECT INTENTIONS
also created for the Rock Paper Scissors exhbit. 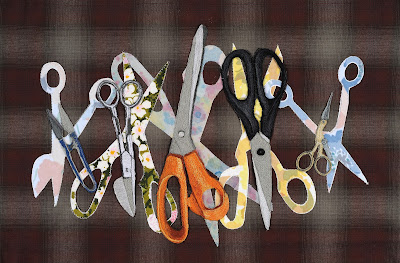 Imperfect because the arrangement is scissors, rocks, and paper.
Above, some of the scissors are embroidered,
all the rocks are embroidered and
the paper uses pleated foreign money. 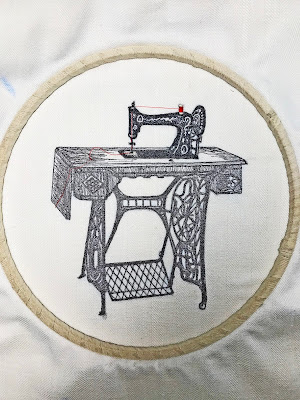 Much of June was taken up embroidering this
old sewing machine for an article in the
Local Living section of the Washington Post. 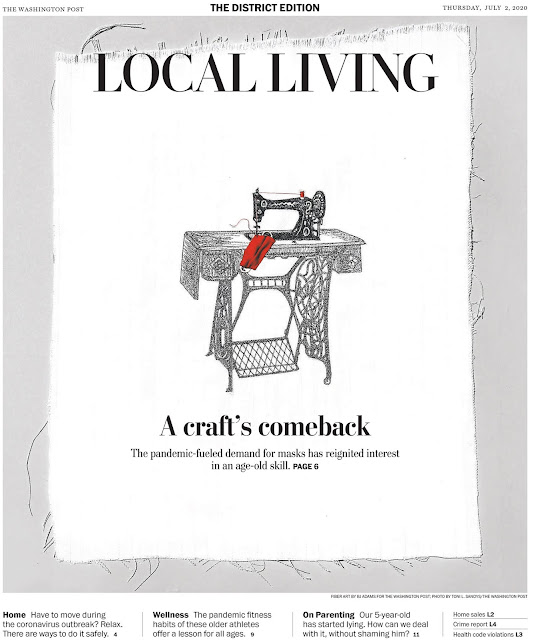 The article's subject was about how so many people are dusting off
their old machines to make masks during the pandemic.
That is why I added the tiny red fabric mask to that old machine
before it was finally photographed for the cover.
The decision to show the ragged edges of the white fabric
came about because the embroidery didn't show up as stitched thread.
It looked like it had been printed. 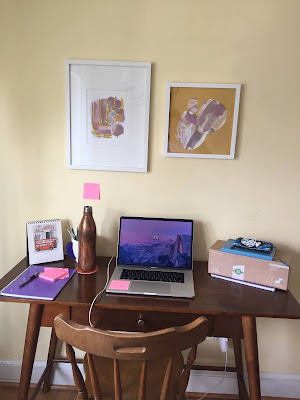 I had asked our grandchildren
(adults now, all living in their own homes)
since they had to continue their jobs at home,
if they had created an office or desk space to go to each day.
Caroline sent me this picture, above, of her office at home.
She has since bought a new chair to be more comfortable. 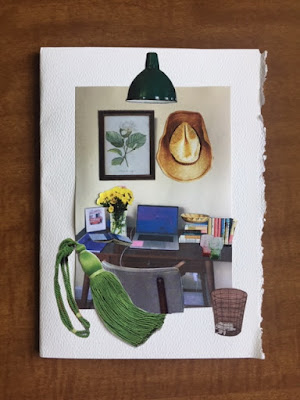 I enjoy making cards and wanted to do one for her half birthday.
I took her little home office picture and collaged it into a different space.
That gave me ideas for other collaged cards. 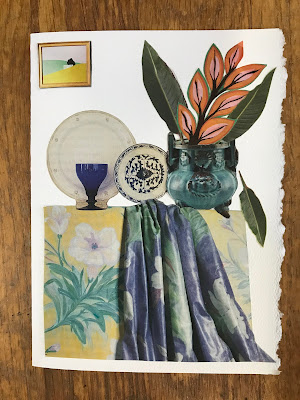 Since I enjoy still-life art I started cutting out pictures
from magazines to make a group of still-life cards. 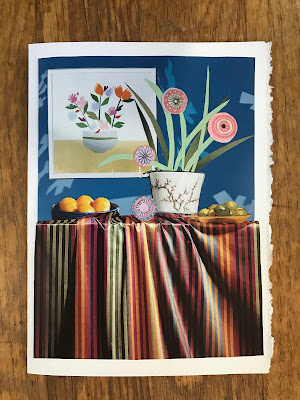 Not as easy or fast as I thought it might be,
but it is fun to do. I actually had to hunt for
and cut much more than I planned. 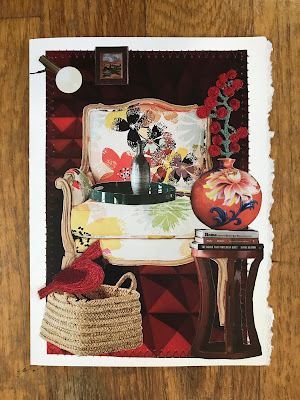 I did take time to stitch some tiny embroideries
to add in some cards.
Above the bird and a flower in the vase are embroidered. 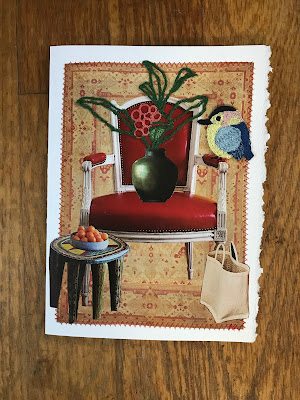 And in this one, another embroidered flower or plant and
a bird perched on the arm of that chair.

Below, this last collage I created for the book of memories
that our daughter, Vicky compiled from friends and relatives
for Clark's 95th birthday. 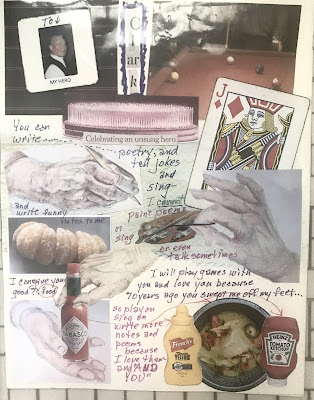 Someday our lives may be back to normal, whatever that is,
but in the meantime, our lives can be so full of
many virtual things to do and see.
Having exercise classes available and
to be able to see Hamilton was such a treat
besides virtual tours of museums,
National Parks, lectures, and on and on.
I feel lucky and need a 48 hour day to do and see so much.
Posted by B. J. Adams Art at 8:32 AM