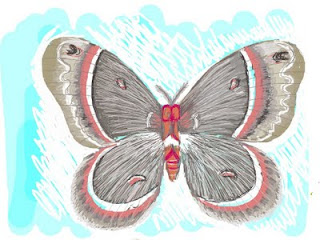 DrawCast is the 6th art application I have worked with on the iPad. I found this App a bit harder to work with for a couple of reasons which I will write about as each picture comes up.
I started with a photograph of a moth, then made a couple of assumptions before testing the available tools. There were layers and I neglected to find out till I had started to erase part of the drawing so the background is left with erased marks. I also didn't see that the eraser could be any size and just left the eraser marks to remind myself to pay attention to all that is available with each app.

I decided I had better start over and do a simple bouquet as I had with all the other apps. I used a layer for the background and then started the second layer with the flowers. This application, as many of the others, does not have a blending tool so blending is left to the transparency tool. There is only one drawing or painting tool but size can be varied. 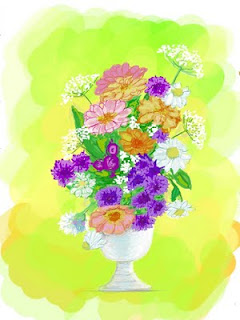 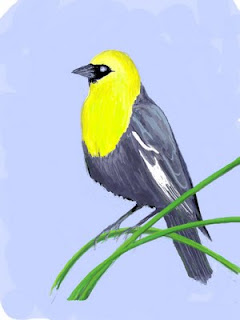 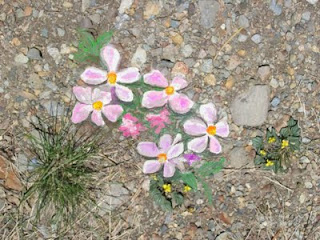 This picture has two layers with a photograph as the background. Since the background photo I chose is a desert floor, for the second layer I painted desert wild flowers that are greatly enlarged.
I had wanted to use a photograph as a background as many of these applications give you that choice but this is the first one I have tried. I may do more using photographs in the future. 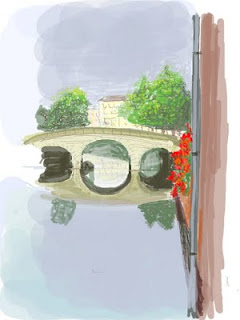 DrawCast is an application originally designed for the iphone so most of the time you look at the screen vertically. When I worked on horizontal images I turned the iPad but directions stayed in the vertical positions.
This image was borrowed from a photograph I took in Bruge while leaning out our hotel window planning to not drop my camera in the canal.
This last picture of an amaryllis was difficult for one reason. I found it hard to mix colors with the limited palette available. 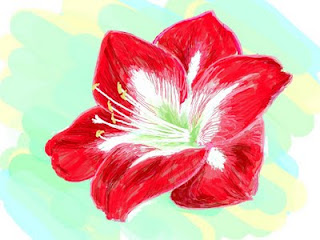 I had trouble mixing the darker range of colors, particularly. This application is simpler than ArtStudio and I may not have found all the possible nuances but I was able to accomplish a few techniques I had not used before so maybe I will continue using DrawCast for certain images.
Posted by B. J. Adams Art at 6:33 PM