Choosing to do a drawing for a Christmas gift
I began by buying an unusual little vase, about 9 inches high,
from the Glen Echo Potters
when they had their holiday sale at the Lab School. 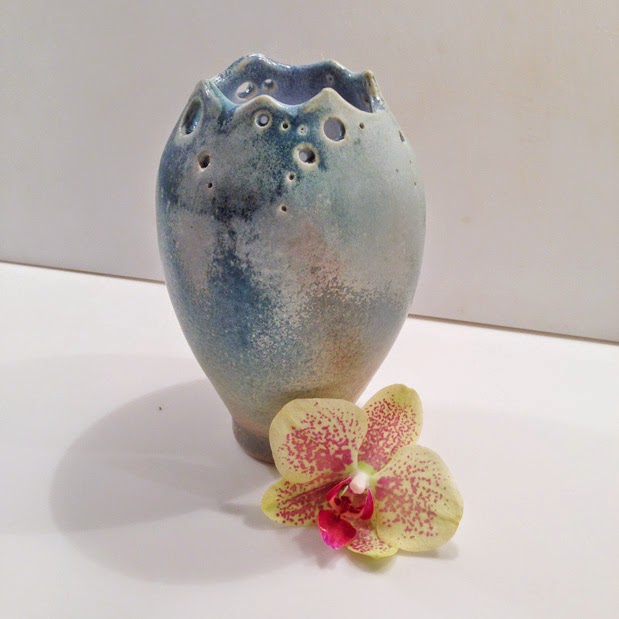 I took several photos trying to decide on a small grouping 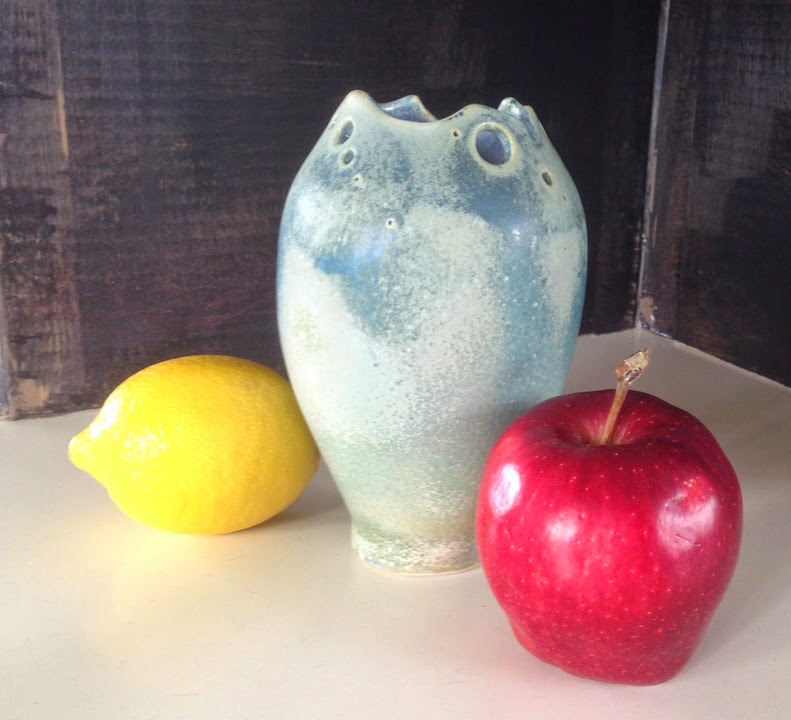 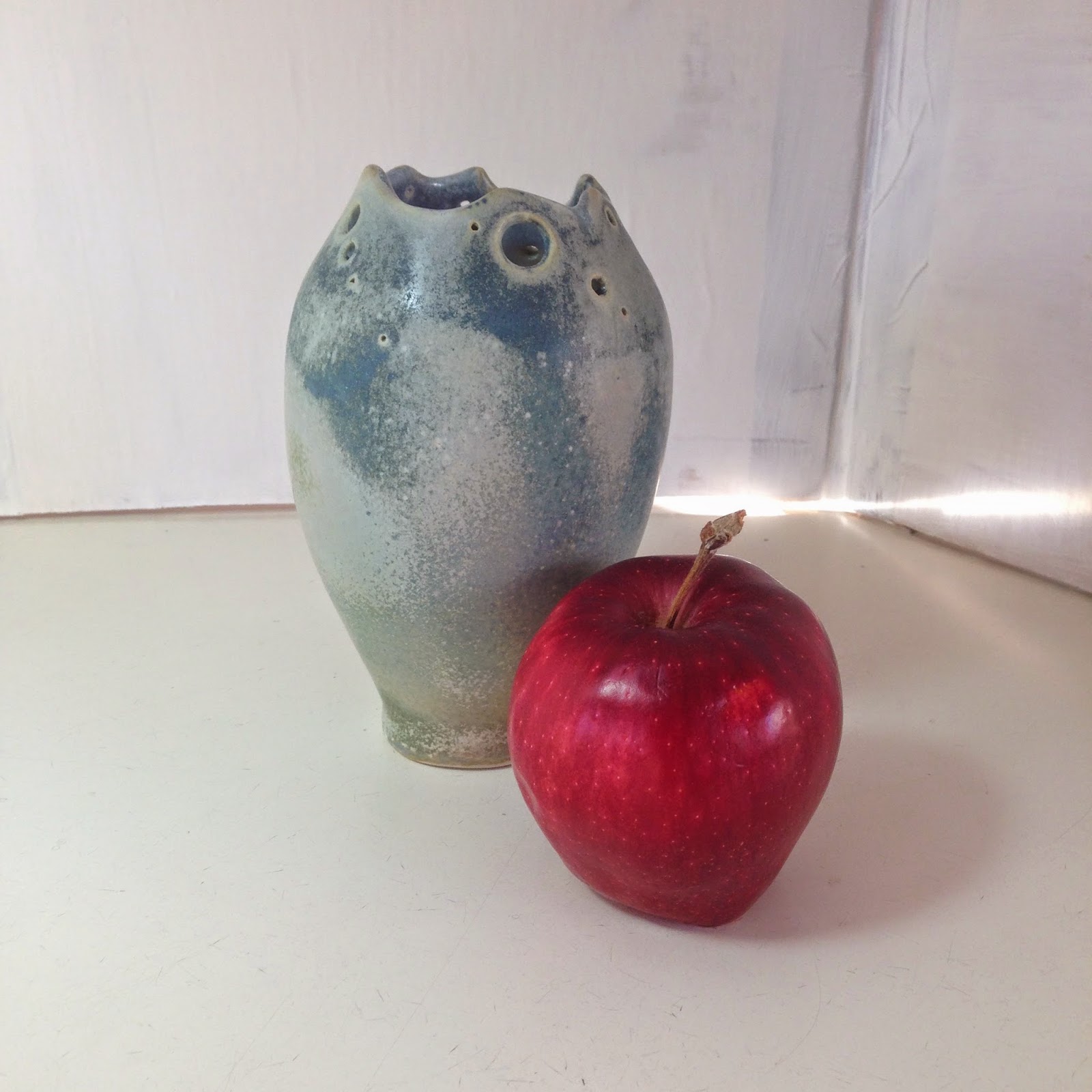 It shouldn't be but it is always surprising,
for me to see how much colors change
with different backgrounds.
I wanted to work from life and I knew I would not have constant light
during the day and probably not at night, as well.
I decided to use the darker background and a white base
so there would be some reflected white on the objects 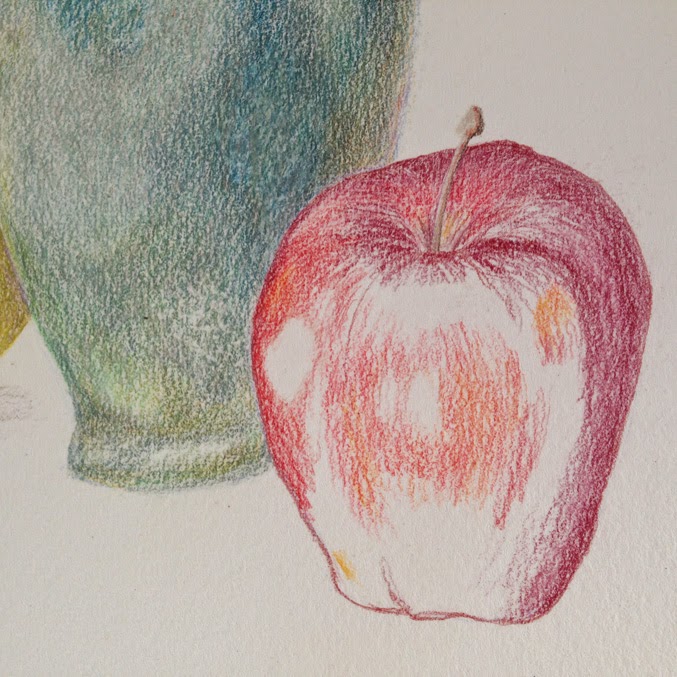 I was using a high texture heavy substrate so a lot of white
came through even though I kept my pencils very sharp. 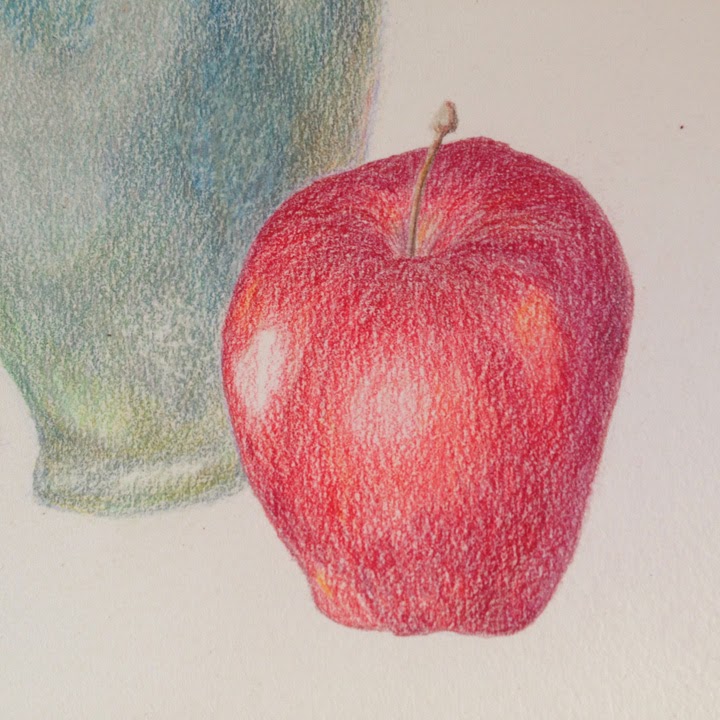 It is quite evident, here, with the texture of the paper showing through. 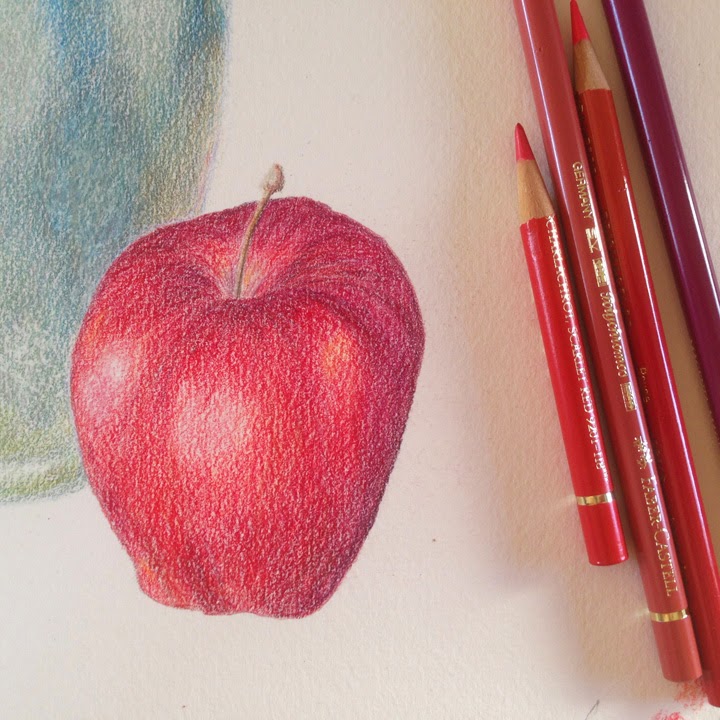 Even after using some blending much of the papers texture was evident. 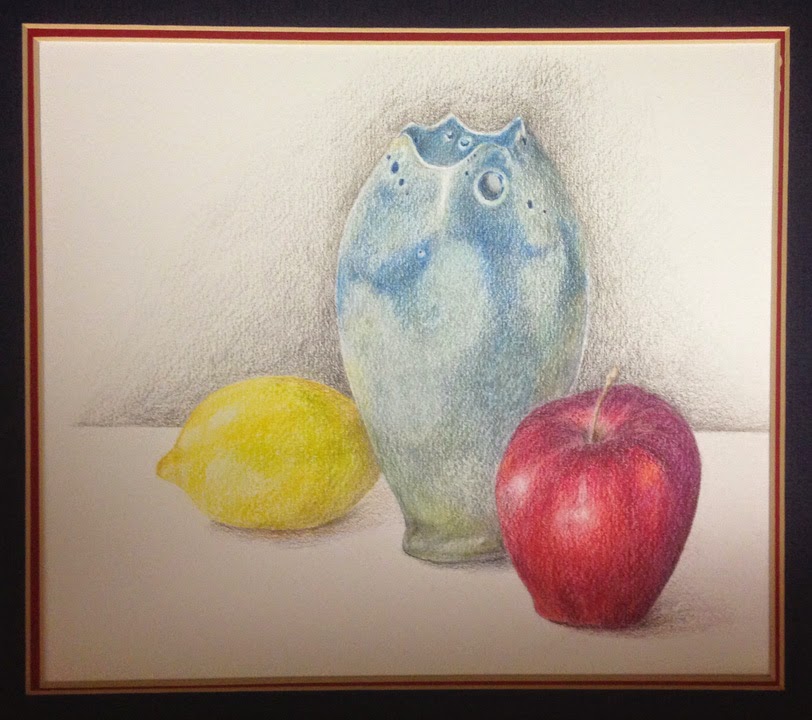 I didn't want to fill the background with dark gray so just gave a hint of that color.
The title is Red, Yellow, and Blue. 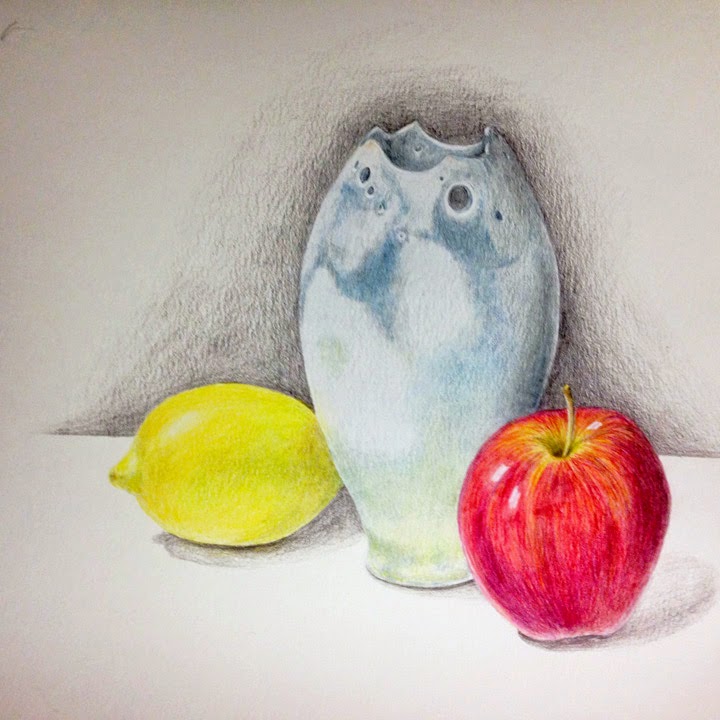 Since I was unhappy with the substrate's texture
in that first drawing,
I decide to try the same still life on a smoother surface.
Using Bristol Board this time, thinking it was a lot smoother,
I began drawing.
Soon I saw that it, too had a texture that I didn't want for my colored pencils.
At this point I decided I liked the first drawing better
so gave it as the gift along with the vase. 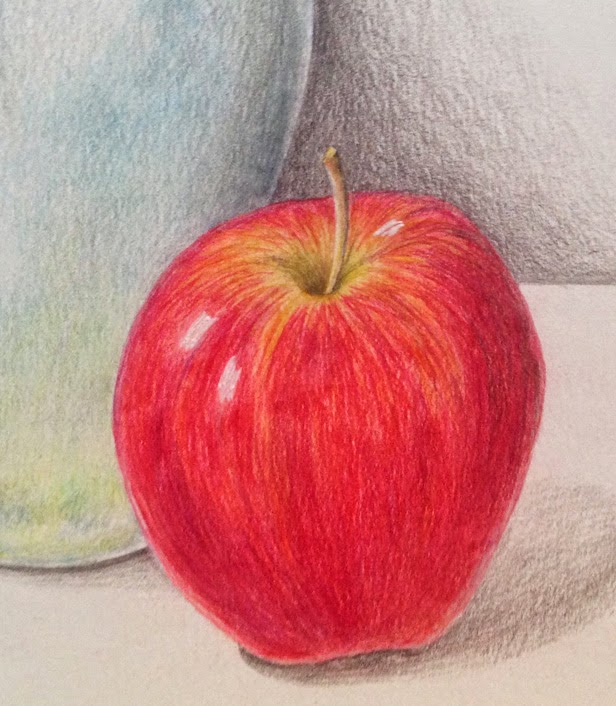 During the second drawing,
I had to switch apples as the first one had become
soft over the week or two I was drawing.
For all, but the apples I used Prismacolor pencils.
I used Polychromos only on both apples and today used
mineral oil to blend the pencil lines on this apple.
I still see so much of the paper's texture in the rest of the drawing.
This image appears brighter in this photo than it really is.
Now I want to go back to my favorite drawing paper
and try another still life.
Posted by B. J. Adams Art at 5:23 PM