Going to the Met on Fifth Avenue always has unusual and surprising exhibits.
The Rei Kawakubo, Comme Des Garcons show was a total surprise
as I have not always been a fan of her designs.
This show titled Art of the In-Between was indeed
so full of so many wonderful uses of fabric and more,
I am so glad to have seen it. 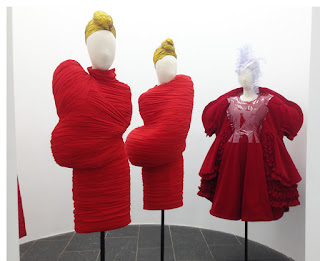 High above our heads were these Clustered Beauties. 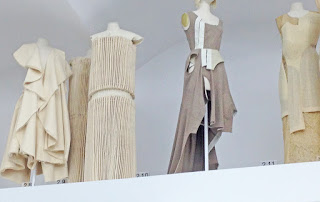 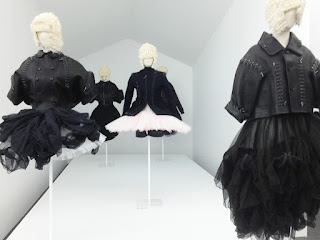 Ballerina Motorbikes from the 4 seasons, 2005 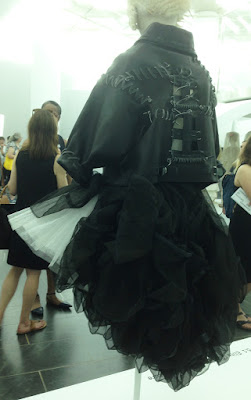 I wanted this one because I liked the back. 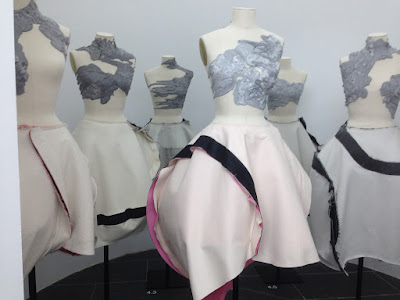 Abstract/ Excellence, Spring/summer, 2004.
This was a group of skirts and I never could
find out what the tops were made of. 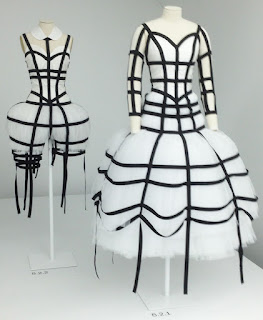 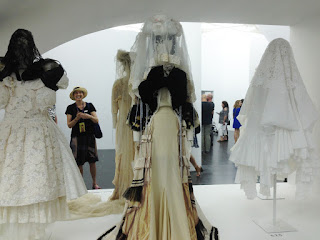 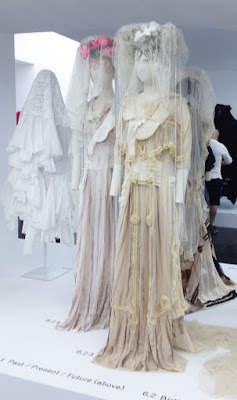 Broken Bride, Autumn/winter, the other side of the exhibit. 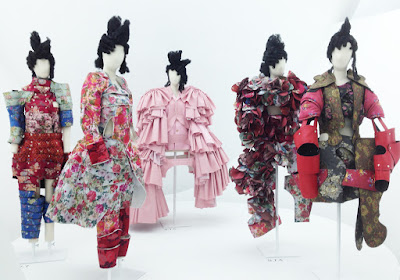 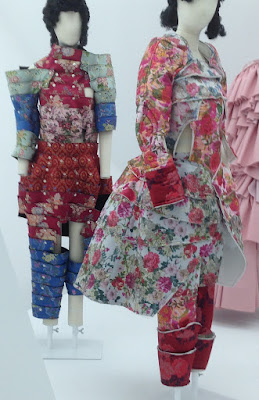 I was fascinated with the manipulation of
the bands of fabric on the model on the left. 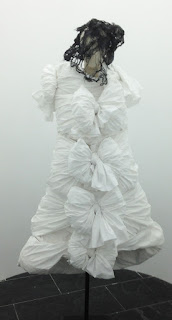 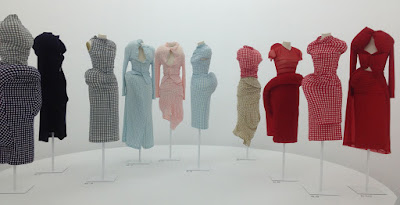 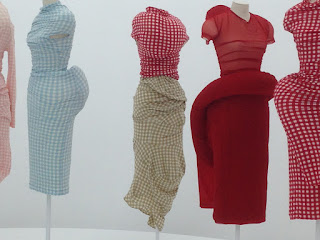 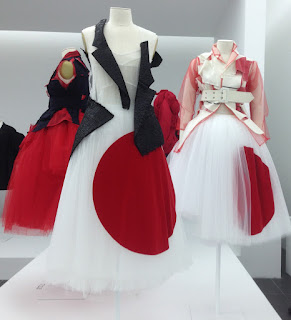 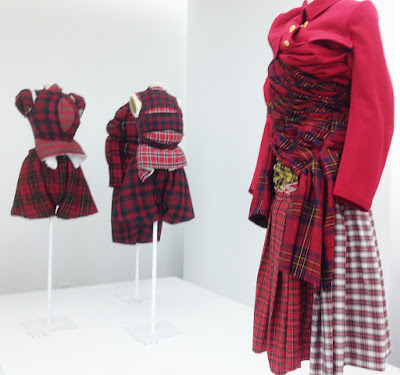 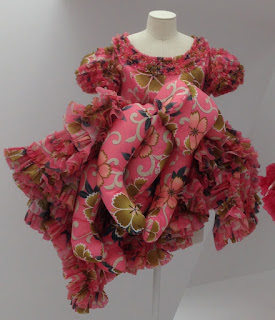 Child/Adult, Not Making Clothing, 2014
with a self fabric stuffed bear. 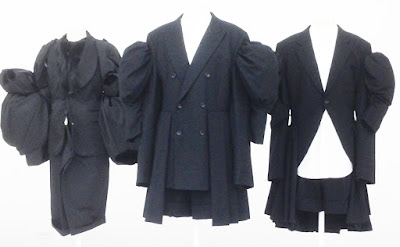 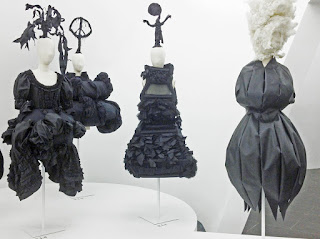 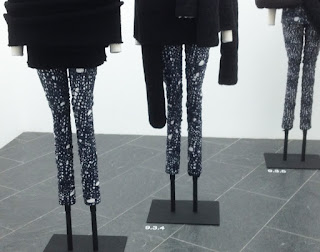 Beautiful/Grotesque, Monster, 2014-15.
I was fascinated with the heavy lacy leggings
but we were looking at sweaters with holes. 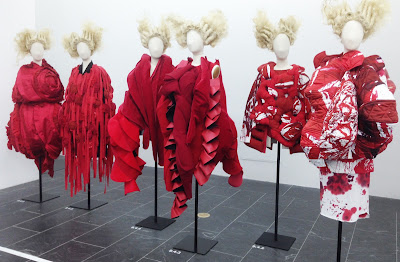 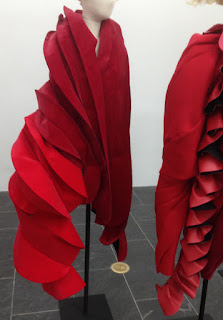 Details, above, of so many unusual manipulated fabrics.
There was so much more to see and
I did go back to look at it twice, feeling that I still hadn't seen all of it.
The all white sets were remarkable
with high and low views of the sculpture and fashion
and so much more to absorb. But, the Met had several other
exhibits I wanted to see so this is all for today.