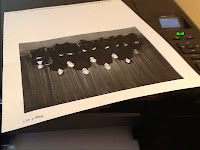 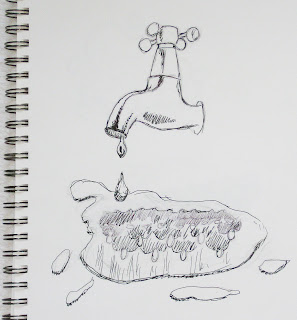 in Virginia with our daughter's family. Vicky works on editing and designing of the Washington Post's Style section. Your never realize how much work, effort, designing and time goes into each section of a newspaper. A rumor had come up at the Post of a leak in the Supreme Court during recent voting.

The idea Vicky chose was to have a faucet dripping water on a picture of the Supreme Court Justices.
I sketched this idea. We needed a photo of the Justices. Finding a photo, I took a picture with my iPad, upside down and at an angle as it needed to fit the perspective of an 'in stock' faucet photo. 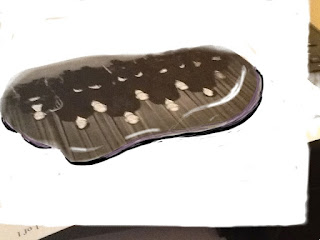 With the photo in  the Brushes App of my iPad I tried to give the illusion of a puddle of water over the photo. That didn't work well. Several more trials and more photos were taken. (I do not know why this is highlighted in white and cannot change it ) 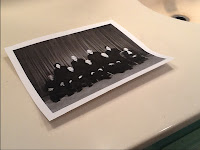 The picture was turned to the right and to the left and finally right side up with shadows under and not, curled and flat. Vicky decided the water is really splashing on the photo, so it should be right side up not be upside down as I perceived it as a reflection. 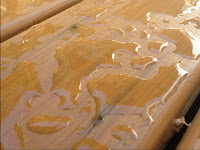 It had rained the night before with many puddles on the deck. 12 or more photos were taken of puddles in different positions to be used over the photo.

Alexandra Fogg, Vicky and Alan's graphic design trained, daughter took the multiple photos
and in Photo Shop added a puddle to the picture above. 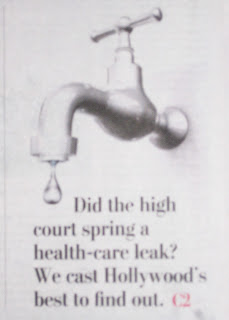 I was unable on this blog to add the many proof changes that
this article or spoof went through.  If anyone wants to see the proofs and their changes, email me.
Here is the final front page picture that led to the inside.

And, below is the final article that was in the Friday, July 6, 2012 Washington Post Style or feature section. I can't imagine how much time is spent on each seemingly simple feature we read daily. 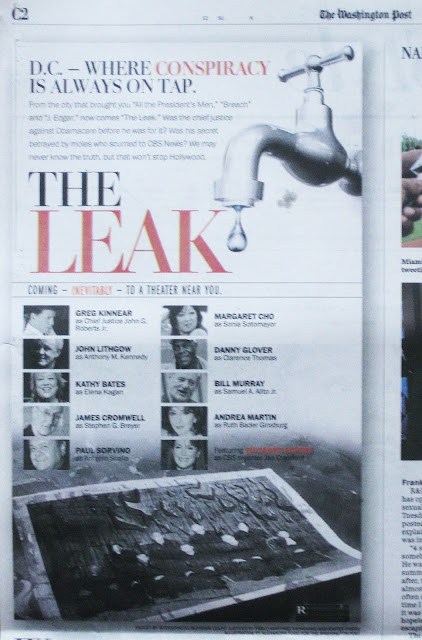