Summer in to the Fall

Much has happened in the last couple of months,
Here is a brief list. 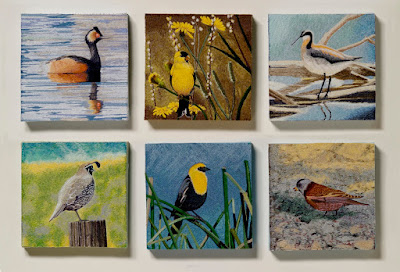 Two works were selected to go into the Art in Embassies program.
SIX BIRDS, each panel is 8 by 8 inches. 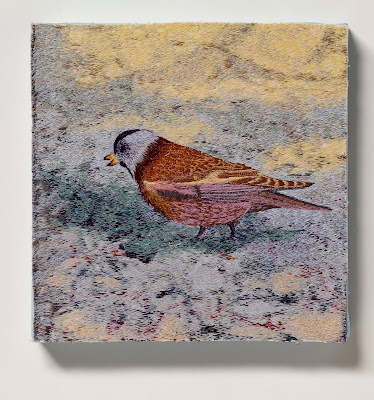 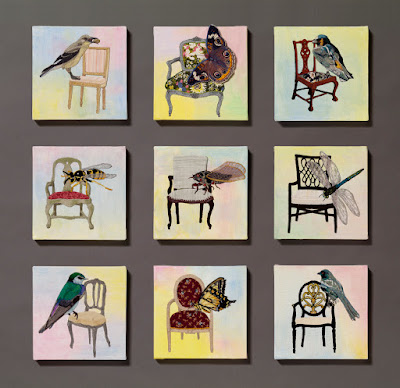 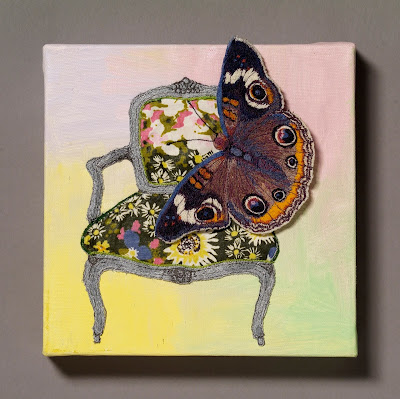 These two artworks are now in the Embassy of Montenegro. 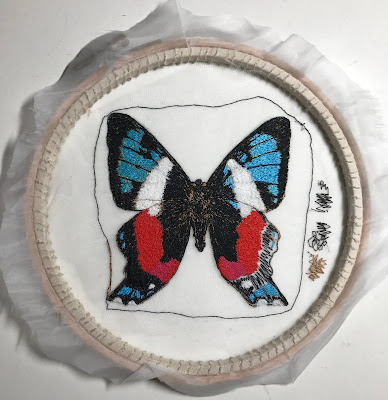 The SDA (Surface Design Ass) always has a member's show
during their conventions.
The requirement this year was a 10 by 10 inch square 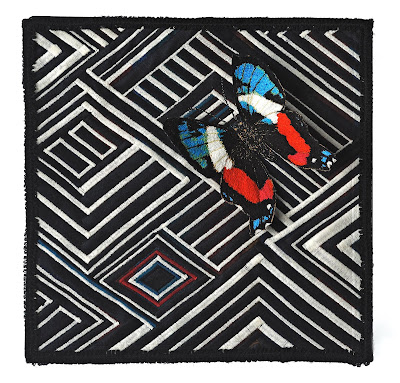 Since I am interested in using up rather than tossing away,
I took my embroidered butterfly and added it to a piece I had cut up.
The result is titled LOST IN A MAZE

Barbara Smith visited in October and wanted to go to the Hirshhorn.
We both wanted to see the huge Mark Bradford art
that covered the walls of the entire circle on the third floor. 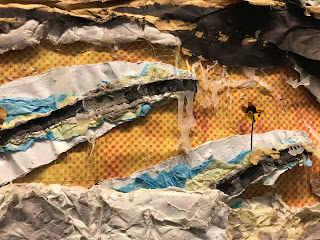 Layers of paper, many inches thick, were cut and torn away
uncovering colors and more in irregular rows. 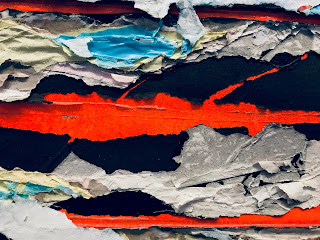 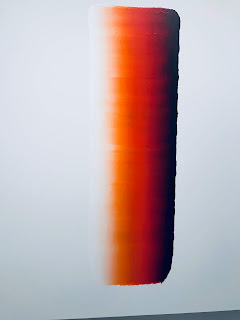 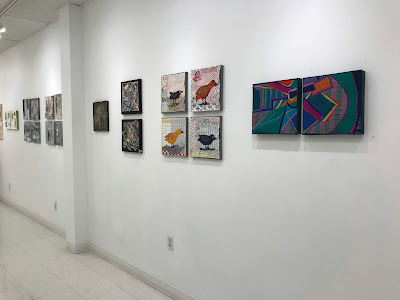 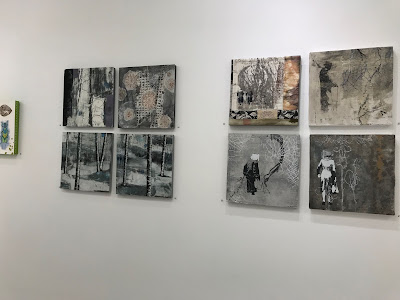 Our show was titled FOOTNOTES 2019.
We each created one or more pieces that were 12 by 12 inches. 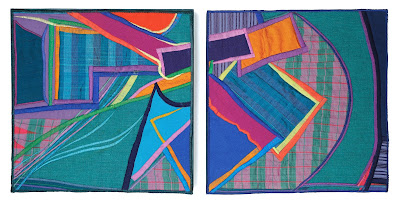 We could choose to work in any way we wished.
I cut up a work of large collaged fabric piece that I had never finished,
creating two pieces, I call ORDERLY CHAOS 1 and 2. 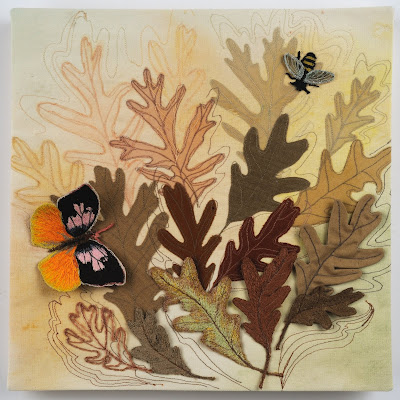 This 12 by 12 is LEAVES OF FALL.
Originally I had created only leaves
using a different technique for each leaf
For this show, I added the butterfly and bee. 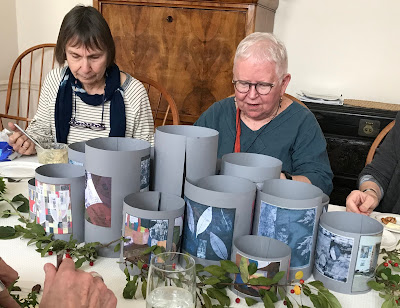 Toward the end of October was Dominie Nash's big birthday.
For her birthday lunch, I decided to make a
centerpiece showing many of her artworks. 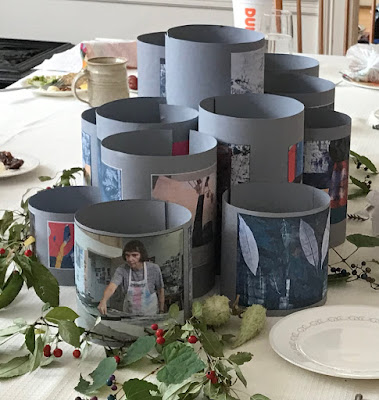 Verena Levin added the branches to her lunch table
and also made a delicious birthday cake.

During this summer, and the last couple of summers as well, I watched
almost every baseball game played by our Nationals.
It has been very exciting seeing them do so well and go so far as the World Series.
So I am holding my breath to see .....
the end.